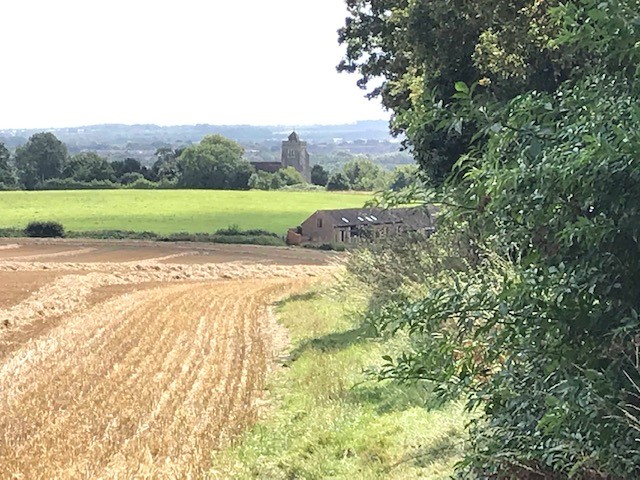 Fighting Climate Change with Hedgerows - What On Earth?

Hedgerows – many of us are noticing hedgerows more than ever before on our daily exercise, from the unidentified small brown bird dashing into the undergrowth, to the hum of insects foraging. There is plenty to take notice of, but there is so much more to a hedgerow.

2020 marks the 50th Earth Day, which takes place every year on April 22nd. The theme for this year’s Earth Day is climate action. Climate change is the biggest challenge to the future of humanity and the delicate mix of support systems that ensures the planet remains habitable.  Most of us know the benefits of adopting a greener lifestyle, but many of us won’t be aware of the direct benefits that the humble hedgerow brings to our planet - like taking  pollutants out of the air, reducing flooding and playing a huge part in the measures being taken to reduce carbon.

One benefit that impacts many householders in the UK is the ability of hedgerows to help prevent flooding. We have all seen of the devastating impacts of flooding and part of the contribution to this is the absence of hedgerows. A hedgerow acts as a physical barrier to water and sediment, and as a filtration system, reducing the number of pollutants entering our waterways. Their diverse root systems also stabilise soil banks, increasing the capacity for water retention, and reduce soil erosion. The retention of water enhances the flavour and nutritional content of crops and food harvested from hedgerows for both humans and the animals that depend on the hedgerow harvest for survival.

Another great but little-known fact about hedgerows is their amazing ability to store carbon both above and below ground, reducing carbon emissions. Hedgerows in a Brittany landscape were estimated to contain 13% of the carbon in that landscape. All living things on Earth contain carbon, released through respiration. Some carbon dioxide is important for Earth’s atmosphere, but too much is detrimental causing global warming, rising sea levels and shifts in plant blooming times, which in turn impacts biodiversity. Therefore, we need to take action to reduce carbon levels.

According to the Tree Council, hedges store more carbon than cropped or grazed land making them an ideal addition on farmland – they take up very little space as they are used for buffers and field boundaries. The NFU estimates that enhancing and increasing hedgerows could save up to 500,000 tonnes of carbon dioxide a year. Hedgerows do such a great job in our battle against carbon that the Climate Change Committee have called for an increase in hedgerows by 40% to help meet Net Zero by 2050. That would mean a very real contribution to the mitigation of global warming and protecting our planet for years to come.

Of course, there are other indirect benefits to our climate through hedgerows. They can also produce green energy in the form of wood fuel, a cheap and efficient form of heat energy. The wood is harvested from hedgerows in the form of wood chips, which can then be used to power biomass heating systems, or logged to fuel log burners in a sustainable way. Hedgerows also provide shelter to both livestock and plants by providing shade and acting as windbreaks, for plants in particular this means that less frequent watering is needed.

So, you can see, there is far more to hedgerows than just those long lines of green. They are the vital to biodiversity and it’s not too late to save existing hedgerows or introduce new stock. If you are a landowner, you can apply for a grant to grow and maintain hedgerows on your land and play a real part in tackling climate change in the UK.

Back to blog
SOTW - Highland cows are recognised by their long horns and brown/ginger wavy coat. Used for conservation grazing,… twitter.com/i/web/status/1…
Follow us on Twitter