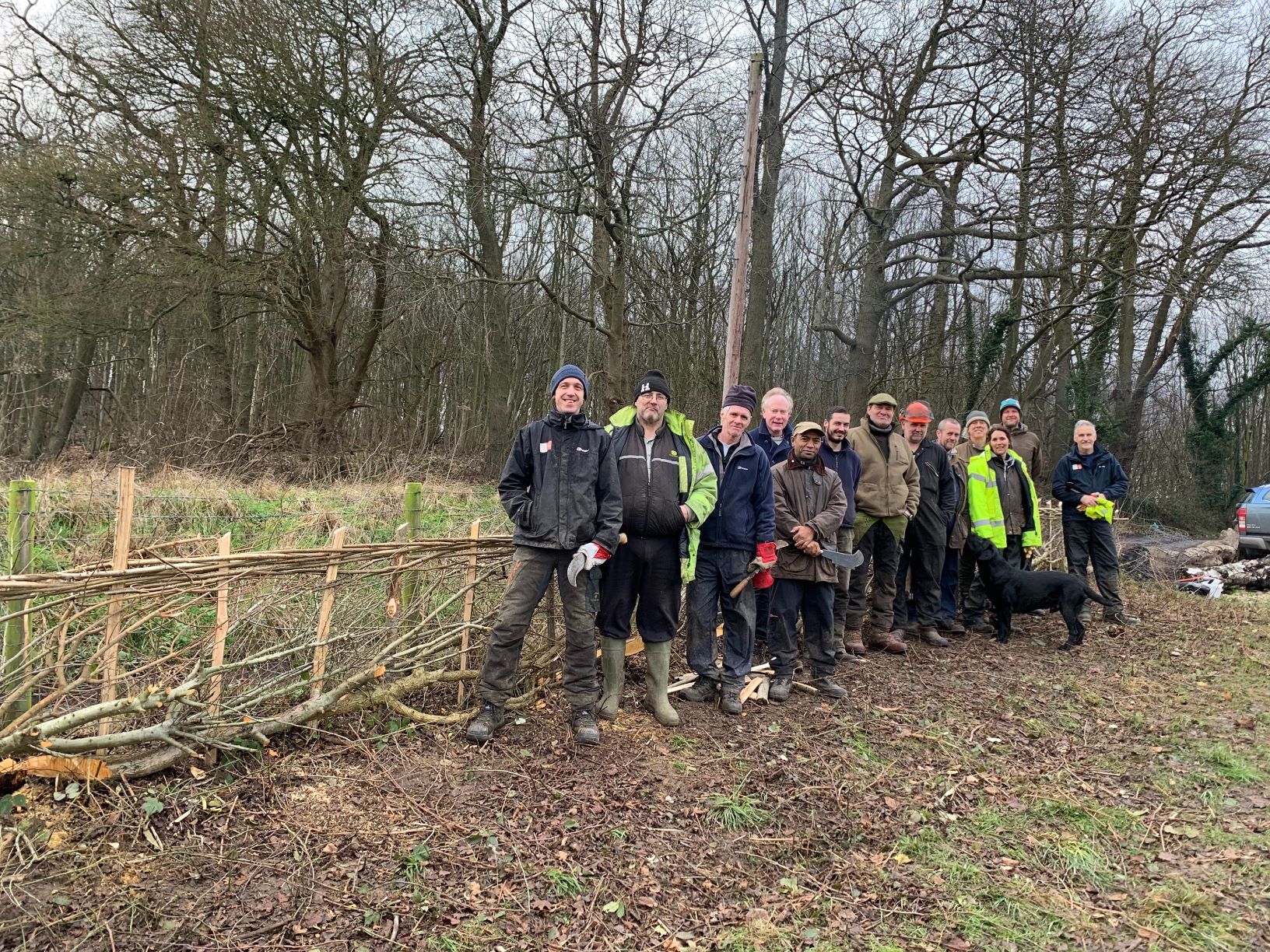 In January I was lucky enough to participate in the course I’ve been hoping to get to do, possibly most of all: Hedge Laying at Holly Hill.

This craft dates back at least to Roman times, maybe even iron age or older. The Masai of Africa use similar techniques to protect themselves at night when away from their village. This structure usually takes the form of roughly laid sections of cut branches from thorny shrubs. Although made entirely in an afternoon, these enclosures are spiky enough to deter the most determined predator, and having pruned Blackthorn and Hawthorn, I can well believe it.

The forecast rain could have ended the day before it began, but the gods smiled on us and apart from the briefest of showers part way through the day and a menacing black cloud, the day was bright and pleasant.

Dave (the instructor) really knows his stuff. A fourth-generation hedge layer, he is a bill-hook toting encyclopaedia when it comes to his craft, and a great guy besides. After a talk about hedge laying and a run through of what the day would involve, we made our way to the section of hedge we were to lay. 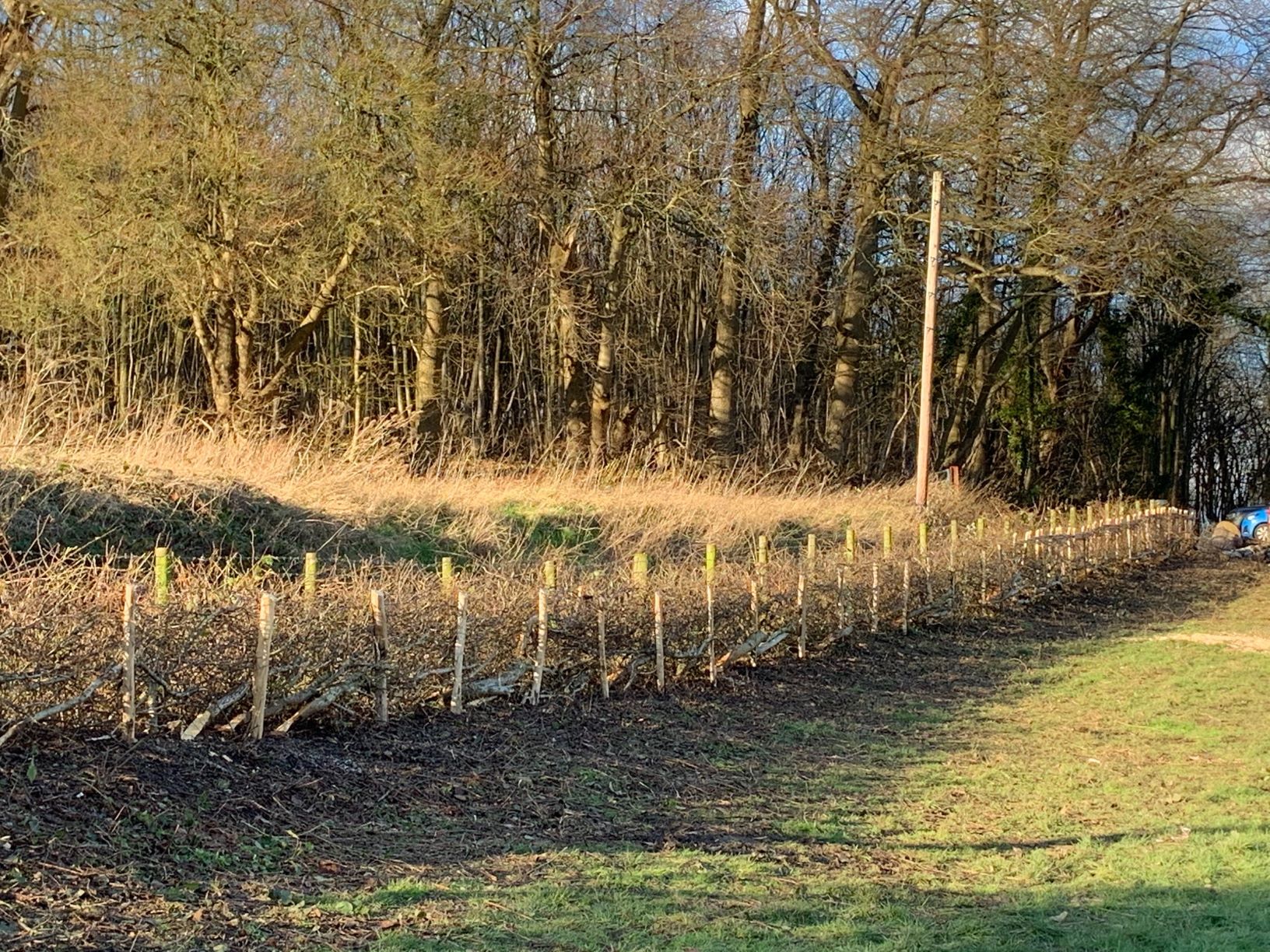 The previous day, another group had laid a section of hedge in the Sussex (or South East) style. This was a narrow-laid hedge with stakes and binders (withies wound in and out of the stakes), making the hedge appear to have a long twelve-inch-deep hurdle running along its top. We were to learn a style called West Moorland, which was a thicker hedge with stakes but no binders. This particular style was chosen due to the comparative lack of thickness to certain areas of our section of hedge.

Dave gave a demonstration and made the job look very easy. It was not at all as easy as Dave had made it look, but it was immensely satisfying. The technique was as follows: clear out brambles and undergrowth, eye up the bush and decide where it would be best laid, then clear out any branches that would prevent it from laying neatly. Saw or chop – almost vertically - approximately three quarters of the way through the trunk of a bush to within a few inches of the ground. This creates a hinge, the bush can then be pulled or pushed into position, while chopping down (to lengthen the hinge) if necessary toward the ground to prevent the trunk from snapping. The bush is then pushed into place with a leg if needs be, and the withies folded in. Once a section has been laid in this way, any protruding withies can be removed from the top and front edge, and stakes can be hammered into the ground to secure the laid hedge against the wind….always laying uphill and working downhill.

Impressive though the Sussex hedge was, we all decided that our West Moorland hedge was the better. Tea, sausage in a bun with the most delicious vegetable soup I recall ever tasting, were all very welcome bonuses on a cold day, and fuelled us long enough to complete our section, tidy up, and take a walk along the rest of the unlaid hedge with Dave to plan the next section to be laid.

Yet another wonderful day thanks to OCND. I really can’t wait to return to Holly Hill to lay the next section of Hedge. 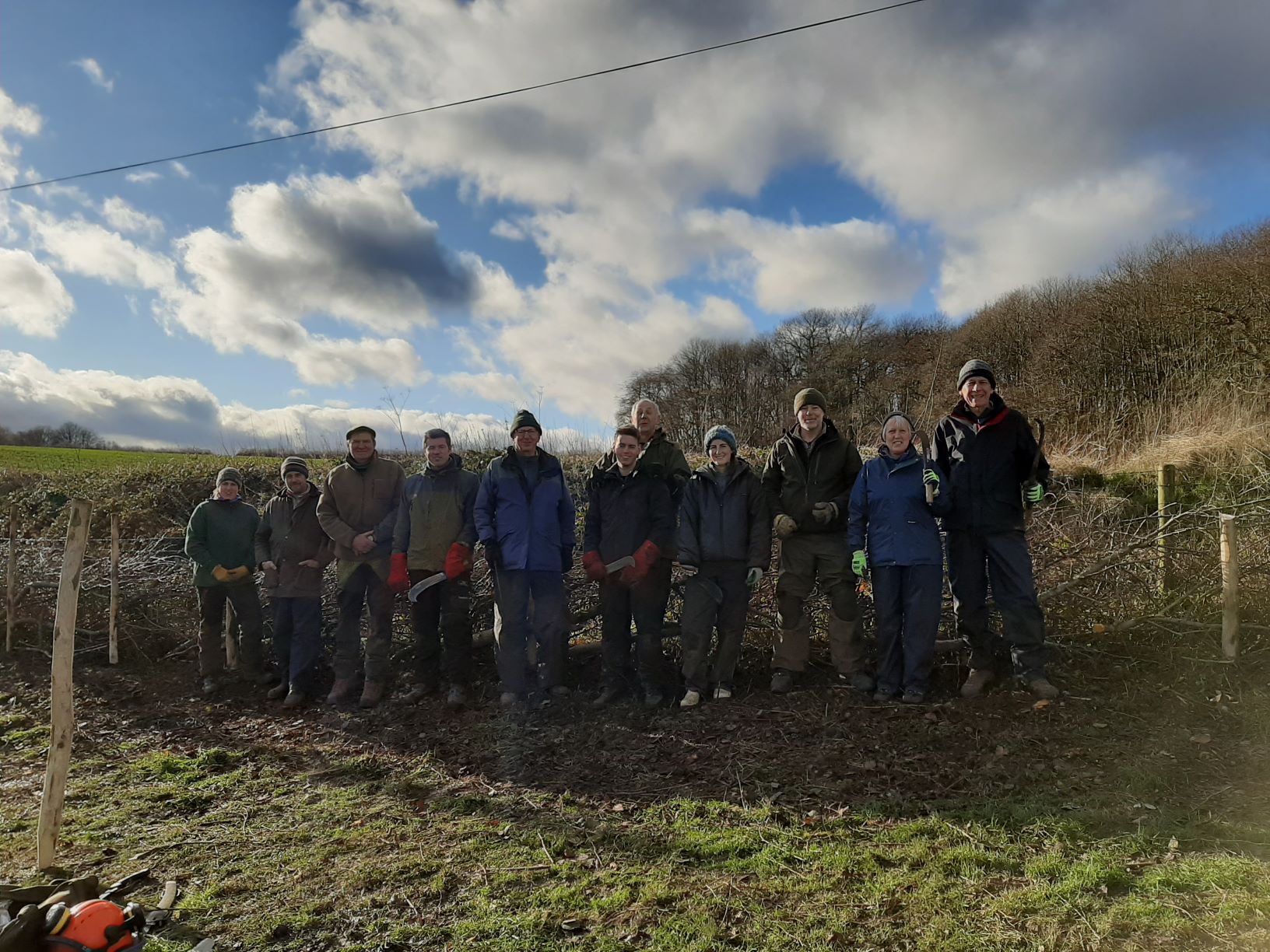 Back to blog
SOTW - Highland cows are recognised by their long horns and brown/ginger wavy coat. Used for conservation grazing,… twitter.com/i/web/status/1…
Follow us on Twitter